My five cents: Maybe not, but is the best way to start!!

It seems to be the author is confused about Design, Architecture, Urbanism.

They work together but with different priorities! 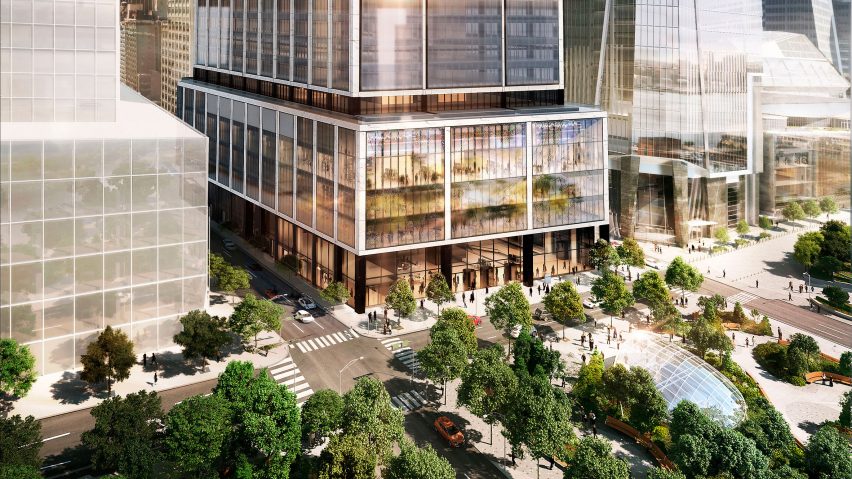 Designers may not be able to save the world by themselves, but they must help avert societal problems and the looming climate crisis, says Christine Murray.

Designers, you know what your problem is? You just don’t know when to stop. You just have to design bloody everything. You get a piece of city to masterplan and rethink every inch. But that’s not what I call a city, that’s a petri dish.

History is razed, weeds are sprayed, the graffiti washed, homeless spiked, teenagers dispersed by mosquito alarms, benches studded and chairs bolted to the ground, with selected humans inseminated into place.

Your belief in the supremacy of design and its “solutions” puts you in league with Doctor Frankenstein: the more you simulate life, the more monstrous your creation becomes. Your predisposition to impose design “solutions” on anything you touch alienates when it should include. You are not Midas; this is not gold.

For a moment, we were with you. We held our iPhones and Muji toilet brushes and felt they made us better people – before the screen-eyed loneliness set in, the plastic panic, the lagom and hygge backlash.

But now, through the likes of Greta Thunberg and Alexandra Ocasio-Cortez, we see your complicity in making ever more chairs, tearing out kitchens, building glass houses, concrete and consumption for consumption’s sake.

This week a sick world swelters – a 17-year-old in France died of heat exhaustion after jumping into a pool; mussels off the coast of California roasted in their shells; Spain burns, again.

I know what you’re thinking – it’s not just our fault, we don’t act alone, we need to earn a living… And you’re right: the system is complicit, the consumer is complicit, alongside developers, engineers, landscape consultants and planners. Each with your own agenda; perhaps good intentions – but even Doctor Frankenstein thought he was creating something beautiful.

The other day I was drinking coffee with my friend Danny Michael Ball, a neuroscientist studying how the mind maps urban space. He was a working-class boy from London, and he said, look at what they’ve done to my neighbourhood (Bermondsey). They took our local pub, painted it black and charged two pounds more per pint of beer.

“Fine, if you need to go around regenerating places, but do you have to change every last thing? Can’t you leave something for the local people?” asked Ball. “You may think it’s just a shit pub, but it was our shit pub.”

And then – because this problem is global – my friend from New York, riled up by Hudson Yards, said, “We’re all still just in shock that you could spend that much money, make something that big, and deliver something that pointless and irrelevant to the local people.”

The loveable idiosyncrasies of a place are almost never saved by its designers or developers – they’re preserved by community-led protest, or maybe budgetary constraints. But where there is money, there is little restraint with the whitewash. The beautiful dream of Modernist efficiency has led to a nightmarish no-place creeping from one hot investment zone to the next. The blight of samey-ness; the march of Notopia.

Modernism failed to build Utopia, and yet designers march on, ignoring the loudening cry of communities that don’t want to live in a machine

In Emma Warren’s new book, Make Some Space: Tuning Into Total Refreshment Centre, she writes about how some kids placehacked a music venue and sparked a whole new London jazz scene. Warren says culture needs “infrastructure of its own making” where citizens find a crack in the city and build into it. But what if there are no cracks left?

We don’t leave empty warehouses lying around with the door open hoping someone will squat in. We sell it to WeWork and transform it into co-working space: a hotel lobby where the affluent unemployed pay good money to read their emails, hold meetings and wait for the call.

Modernism failed to build Utopia, and yet designers march on, ignoring the loudening cry of communities that don’t want to live in a machine. They want to participate in the city, which might get messy. They want you to respect their lives and experience, their ingenuity and talent. They want to contribute to its making. And they want some stuff left behind to occupy, figure out, make-do and mend.

Stop finishing things that you should only be kickstarting. Reach out but wait for reciprocation. Your work is unrequited: design inflicted on people is an air kiss.

But don’t get me wrong – designers, we still need you. We need your ingenuity. Fuck do we need it. The challenges facing our cities: extreme weather, affordable housing shortages, mental health crises, air pollution – are thorny, mangled spaghetti soups.

Your work is unrequited: design inflicted on people is an air kiss

I’ve started The Festival of Place in the hopes that by getting a jumble of smart people and professionals together, we can start to unpick these problems and find a way forward together. Design can’t solve all our problems, so stop pretending it can.

Design can’t do it alone, but we also need a total redesign. You are often the most educated and experienced person at the table. We need your creative thinking and expertise – we just want you to listen to the people; to serve; to collaborate and to question your own aesthetic self-indulgence.

Stop deciding where we should sit and how. Instead, please figure out how we can avert a climate disaster, a homeless epidemic, a mental health crisis, heat death, poisoned air, and food and water shortages.

Or at the very least, design out the human and environmental cost of the shit you make.