Alongside the exploration of Papanek’s links with key thinkers and design figures, ranging from media theorist Marshall McLuhan, maverick futurist Buckminster Fuller to leading feminist graphic designer Sheila Levrant de Bretteville, the exhibition casts light on the legacy of 1960s and 1970s activism through the presentation of contemporary exhibits dealing with politically pertinent issues ranging from state violence, to climate change, bio-synthetics, and the precariousness of citizenship.

To understand the meaning of the coronavirus, we have to frame it in its proper context, not see it in isolation from the perspective of science and technique that are always necessary. The coronavirus comes from nature, against which human beings, particularly through global capitalism for centuries, have waged a systematic war against this nature and against the Earth.

END_OF_DOCUMENT_TOKEN_TO_BE_REPLACED

We are very pleased to announce the 13th symposium in the DTRS (Design
Thinking Research Symposium) series, which will take place on April 20-22,
2021, at the Technion-Israel Institute of Technology in Haifa, Israel. The
theme of the symposium will be:

Expanding the frontiers of design: A blessing or a curse?

END_OF_DOCUMENT_TOKEN_TO_BE_REPLACED 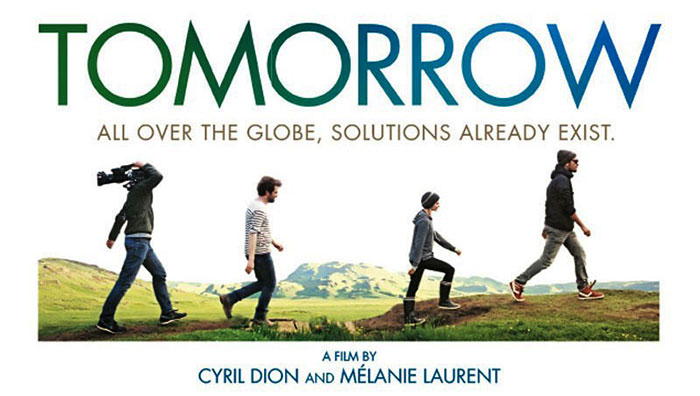 Showing solutions, telling a feel-good story… this may be the best way to solve the ecological, economical and social crises that our countries are going through.

After a special briefing for the journal Nature announced the possible extinction of a part of mankind before the end of the 21st century, Cyril Dion and Mélanie Laurent, together with a team of four people, carried out an investigation in ten different countries to figure out what may lead to this disaster and above all how to avoid it.

During their journey, they met the pioneers who are re-inventing agriculture, energy, economy, democracy and education. Joining those concrete and positive actions which are already working, they began to figure out what could be tomorrow’s world…

“Degrowth is about redistribution by design, not by collapse”

The architecture profession tends to assume that there is always more to build. We need more infrastructure, more houses and more office space to accommodate economies and societies that are forever expanding. Greedy though it may be, this mindset is supported by the pervasive belief that a society’s success is best measured not in terms of humane measures such as the capacity for care and play but in economic terms such as market expansion. The result for the built environment is constant reconfiguration and extension into new territory to a degree that our planet can barely sustain.

This growth obsession is a central premise of the Oslo Architecture Triennale 2019, Exploring how the endless pursuit of growth has caused planetary weariness and social division, the Triennale invites visitors to imagine what a society of Degrowth could be like and how architecture could serve it.

END_OF_DOCUMENT_TOKEN_TO_BE_REPLACED 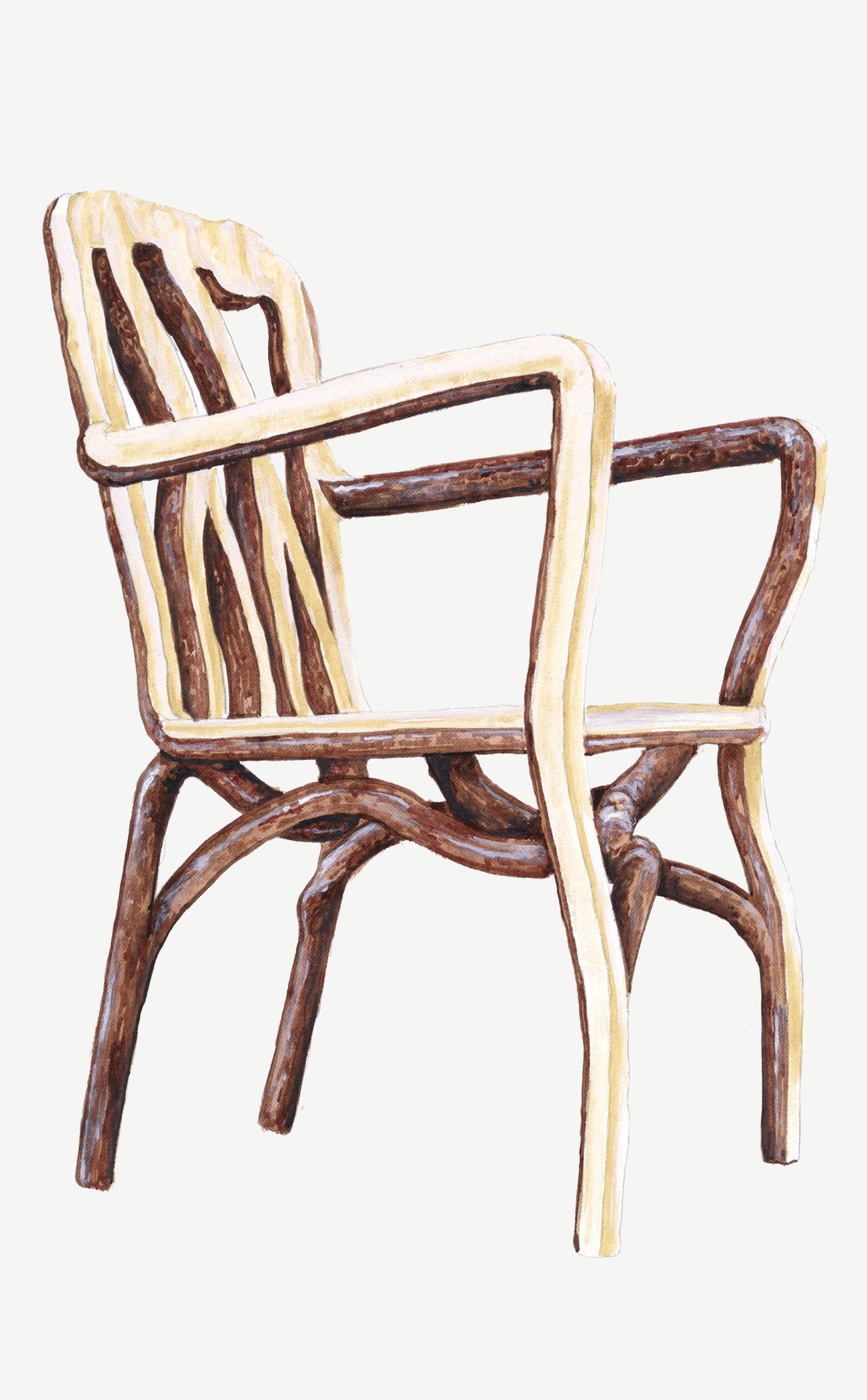 It´s one of the design futures and connects many concepts like circular economy, sustainability, biomimetics.

How far are we from growing our environment and all the possible objects?

The soles of these shoes are made from recycled chewing gum from the streets of Amsterdam.

In the Netherlands 1.5 million kilos of gum ends up on the street every year. Making it the second most common litter after cigarettes.

By buying these shoes you contribute to the solution, by wearing them you show your support.

Was it only the East or the Scottish with a great history of invention?
Turns out, there’s also quite a few DownUnder. Aussie’s invented the Box Kite, the Winged Keel, the recent Ocean pollution collector and even CleanUp the World days that all share a common thread.
Creative Aussie’s showing the world how things can be done better and often with many benefits for people right around the Planet. Well, you may now consider whether we should be able to add another name to this impressive list with the “Young Australians’ Plan for the Planet”.
It has already grown into several incarnations and the first pilot by over 240 students from High Schools from right across Australia, has just released their Plan, a big Plan, covering ALL 17 of the UN Sustainable Development Goals.
All beautifully considered and prioritised, this plan was presented in its Sample form to Federal Ministers at Australia’s Parliament House on 11th August, 2017 as the first part of the launch for National Science Week.
The Plan has a considered history of development including great institutions like Questacon and Australian National University (ANU) plus a host of other key stakeholders that have given this project the opportunity for the students to give it real Life. But not wanting to overemphasise the value of this Plan or the concept of where this could grow, we should seek your input, appraisal and review, so…
This is your Invitation to be a judge to review the groundbreaking work of the Young Australians’ Plan for the Planet Program, with their World first, National Sustainable Development Goals Plan for Australia.
Your assessment of the plan https://www.dropbox.com/s/qisienhwpdzhx0k/YAPP_NatSDGp23feb18©final1.0.pdf?dl=0 is pivotal to increase awareness that innovative global solutions are growing and are worthy of your good support.
Your thoughts and comments on possible corporate or other supporters will be as valued, as your awareness and encouragement for the process to grow and expand. Indeed, after exceeding all expectations in the Australian pilot program year, this week sees the launch of the International Pilot in Mauritius as the Young Persons’ Plan for the Planet Program.
Your review, discussion and support is likely to take this Aussie initiative much further and you’re welcome to include initial implementation ideas for the plan, through your network and in your locale.

Looking forward to your response and your support is also very welcome here https://chuffed.org/project/help-young-persons-plan-for-the-planet-go-global

Yes, this article is released on CleanUp Australia Day on 4th March, 2018 and though the above program has No direct connection with this group, the synergy of the ideas are very much part of the global growth towards sustainability around the Planet. https://www.planfortheplanet.org.au/
For a short link to the Plan:  https://ow.ly/eWUl30izs6l  Please be inspired by and share this good news.

Help Young Persons’ Plan for the Planet go global
through Society for Responsible Design Inc. Sustain Fund
https://chuffed.org/project/help-young-persons-plan-for-the-planet-go-global
Getting this link out to your networks will be great.
.  .  .  .  .  .  .  .  .  .  .  .