In an urgent effort to mobilize the global design community to address the COVID-19 pandemic, the World Design Organization (WDO) is calling on all available designers to commit to an initiative that will propose design-led solutions to a number of pressing challenges that are affecting us all.

In collaboration with IBM’s Corporate Service Corps and Design for America, WDO set out last week to identify over 180 challenge statements from across the globe. In a 24-hour turnaround, these issues have been distilled into seven large themes with the greatest potential for impact if addressed now.

WDO is calling on all those designers who can commit some time to work remotely together over the course of the next 10-14 days. They are looking for participants and team leaders to build working groups around these themes immediately. If you would like to participate, submit your interest below.

This Coronavirus pandemic as we all know represents the greatest challenge we have faced collectively and as designers and design thinkers have a duty to use our considerable skills to do our part to help address some of its most significant challenges.

Given the urgency and the alarming rate of this pandemic, workgroups will start working as of Wednesday, 25 March 2020.

DesignLab at University of Twente, Waag | technology & society, Amsterdam University of Applied Sciences and Lab4Living at Sheffield Hallam University are pleased to invite papers from researchers and practitioners for the sixth European Design4Health conference 2020, in Amsterdam, the Netherlands.

The future is now! The overall theme for this conference is Designing Future Health and we particularly welcome submissions which consider the role of design in the future of health and healthcare.

We invite submissions in the form of Abstracts (300 word paper proposals) and Posters.

END_OF_DOCUMENT_TOKEN_TO_BE_REPLACED 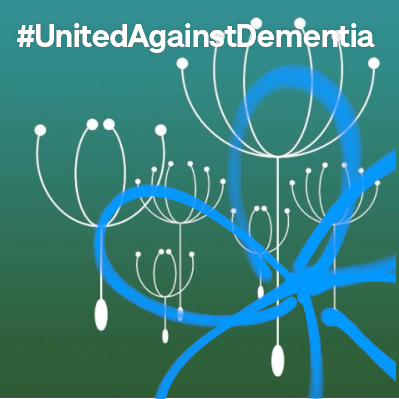 Is Dyslexia a weakness or a strength? Designers Ab Rogers and Jim Rokosdiscuss how they feel dyslexia enables them to think differently and how, in a moment when the work industry is more threatened than ever by the growing power of the intelligent computer, the non-linear, non-binary mind may be coming into its own.

There is little argument to contradict the fact that historically dyslexia is treated as a problem in school. Designer Jim Rokos confirms this from his own experience.

JR: “Dyslexia is treated as something to fix, rather than something that is great in itself.”

Dyslexic children are given extra help and taught methods to compensate for the problems it can bring in mainstream education – most commonly – with reading and writing. But what if it is not as simple as a ‘disorder’ to be overcome?

AR: “At school you are taught what is good and what is bad. The world is skewed to the non-dyslexic mind. One could always say that ‘non-dyslexics are very bad at 3d visualisation’ for example, but no one ever sees it like that. Rather than celebrating the creativity that comes with a dyslexic brain, one is criticised for not being able to spell ‘dyslexic’. For me education has a responsibility to build confidence and unlock potential but currently it is not structured to bring out what is unique but rather focused on how it can make everyone the same and this narrow view not only lets down children with dyslexia but anyone who thinks differently.”

For Ab the problems associated with dyslexia are the result of a non-linear thought process that can be mis-understood as a weakness, rather than explored as strength, because the path followed cannot always be easily explained.

AR: “My thought process is more meandering, which is good because I come across things along the way which are potentially unexpected and all the more exciting. Sometimes you take longer to get somewhere and sometimes you jump straight there without knowing how, to an idea fully formed.”

Equally this non-linearity allows for cognitive leaps and connections to be made that have a focus and clarity that lend itself to design and creativity.

AR: “I find my dyslexia gives me a kind of intense focus. I can see through things, dissecting them and editing out what others may be distracted by.  This can give me confidence in an idea because for me it is very clear when something is right. If I can visualise something I know it’s right. If I can’t see it, it’s a disaster.”

Because the architecture of a dyslexic brain is different to that of a non-dyslexic one, in some cases neurological pathways that are open to the majority are not available to dyslexics, leading them to make different connections and to navigate problems in unusual ways.

Jim believes the way dyslexics process information can contribute to the development of an idiosyncratic design style.

JR: “I think so. It’s a hunch.” He qualifies this by explaining that these off beat ideas are “no more difficult to conceive than more conventional ideas. More the product of a different perspective beyond design style – an urge to test boundaries, to keep finding new ways of working. It can feel risky,” he confirms “but now, through experience, I can keep reminding myself that if it’s off the wall its probably going to be a good thing to do.”

He believes the compensatory strategies developed by dyslexics navigating a non-dyslexic world can create strengths that are particularly suited to design.

JR: “Because our memory process is different, more eccentric, triggered by different things and distracted by others, we are forever being detectives and trying to figure things out from fragments of evidence the whole time – which just builds on our creative side.”

This deductive process can allow dyslexics to reach conclusions quickly, encouraging them to follow intuition and trust instinct when other more solid, predictable routes are closed.

AR: “I had this sudden realisation that if I tried to design a chair then I was competing against everyone else who was designing chairs, but if I could reinvent the typology so that you didn’t need a chair then I could come up with my own niche. And my mind was much better at coming up with new typologies than it was at re-crafting existing typologies, such as a chair that grows out of a ladder that become the ladder that likes the wall.”

Being unafraid to see the world differently and understanding the value of this unique approach can give dyslexics the freedom to ask different questions and seek unconventional solutions, giving rise to the kind of innovation so prized in design.

In an industry where dyslexics and non-dyslexics alike must produce concepts that are as functional as they are beautiful, the need to follow your mind down whatever rabbit hole it leads you to must be married with the ability to generate designs – whether for products or spaces – that tell a story, delivering a unique experience.

AR: “I think it [dyslexia] can be about a sense of narrative. Like when you tell the story behind the design of your [Jim’s] decanter – where the more that is drunk the more the decanter leans over – it is that sense of poetic narrative that relates in my experience to people who have dyslexia.”

This abstract poetry and feel for narrative embellishment, this unexpected way of seeing things – whether too close up, or too far away – holds its own intrinsic value. And this value, the preciousness of its very limitations, is becoming more widely recognised in the face of artificial intelligence and its replacement of human beings in production. When we discuss this idea Ab says, with some pride –

And if it is true that ‘the most consistent thing about a dyslexic is their inconsistencies’ then this is easy to believe and, in a world where the unique and the unusual are still prized, nowhere more so than in design and the arts, perhaps, for a dyslexic designer, it is their inimitable idiosyncrasies that are their greatest strength of all.

A great example of design for Health and Inclusive Design: